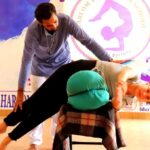 This list was last updated on 30 May 2019. To our best knowledge, the information given here is accurate but there may be new developments which we are not aware of. Let us know in the comments if you notice something that needs to be updated.

The last few years have been awash with yoga swing scandals as well-known yoga teachers and gurus have fallen from grace.

And since #MeToo, a flood of new stories of sexual abuse in the yoga community have emerged.

Rachel Brathen, also known as Yoga Girl, has published more than 300 accounts of rape, groping, inappropriate touching, assault and harassment, and has received many more stories since.

And a KQED investigation found that “the yoga community is struggling to rein in sexual misconduct and abuse in its ranks.”

This list is in no particular order except that of my mind and my research. Bikram’s on the top, because he was top of mind when I started the article, and it went from there.

I’ve also kept details brief so as to avoid a 4000-word behemoth of an article, and linked to relevant Yoga Lunchbox articles underneath each name.

In 2017, his former attorney, Minakshi Jafa-Bodden was awarded almost $7 million after alleging that she was sexually harassed by Bikram and then fired after investigating claims from a student that Bikram had raped her.

Three of the women who have filed lawsuits say that Bikram,

Nurtured a cult-like devotion among followers that allowed him to take advantage of female students. That devotion — and a fear of being exiled from the yoga community — kept victims and others from speaking up. ~ Los Angeles Times

Bikram has since fled from the United States to India without paying any of the money owed. A warrant has been issued for his arrest.

A prominent Iyengar yoga teacher, Manouso was accused of several instances of “inappropriate sexual touching” during classroom instruction, some of them dating back to the 1980s.

These allegations have “proven to be true,” according to the results of a 2019 independent investigation that was commissioned by the Iyengar Yoga National Association of the United States (IYNAUS).

Manouso has now been decertified as an Iyengar teacher and his membership within IYNAUS has been permanently revoked.

In February 2012 an anonymous website went up alleging John Friend was guilty of leading a Wiccan Coven, having affairs with married students and Anusara teachers, messing with his employee’s pension fund and mailing marijuana to himself and expecting employees to deliver it.

John Friend has since relaunched himself with a new brand of yoga called Sridaiva Yoga.

The Krishnamacharya Healing and Yoga Foundation made a public statement on September 22, 2012, saying

…we’ve been made aware of the varying allegations of sexual, mental and emotional abuse against Dr. Kausthub Desikachar. [editor’s note: the allegations were made by four teacher trainees.]

Upholding this tradition and approach in the field of Yoga and Therapy, the Krishnamachraya Healing and Yoga Foundation are taking these allegations very seriously.

Seven months later, Kausthub was back with a new website, and a letter explaining his new beginning:

I realise that some of the decisions that I have made in the past have not been consistent with the high standards that I usually set for myself. I also fully understand and acknowledge that these have had far reaching effects, way beyond myself. There is no way of changing this past. I wholeheartedly repent for what has happened. 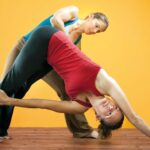 Amrit, married, confessed to three affairs in 1994 and was forced to resign as spiritual director of his own ashram. While Amrit’s website makes no mention of the affairs or his expulsion from Kripalu, it does say that:

In 2000, after a period of personal reflection and sadhana, Gurudev founded the Amrit Yoga Institute, first located Sumneytown, Pennsylvania and then moved to its current location in Salt Springs, Florida.

Kripalu survived the falling of its guru and founder and restructured its organization to be led by a professional management team, including people who had long been ashram residents. It has thereby become;

“The first traditional yoga ashram founded on the guru-disciple model to transition to a new paradigm of spiritual education.”

However, their website makes no mention of the scandal that almost destroyed them, summing it up in just one innocuous sentence.

Oh, Osho, where to start? While he’s enjoying a resurgence in popularity as a spiritual leader some twenty years after his death, Osho was a complicated man who got in all kinds of trouble.

It’s alleged he was involved in, or aware of, everything from tax evasion, immigration fraud, prostitution, drug-running, drug use, and he worked his followers to the bone. In India, he was known as the ‘sex guru’, and in the States as the ‘Rolls-Royce guru’, owning more than 90 at one time.

In 2002, Rodney was accused of having affairs with some of his yoga students. He divorced his wife of 24 years, Donna Fone, and went on to marry his former yoga student, Colleen Saidman

“In the past, I think I was conveniently ignorant,” says Yee, who has apologized for previous infidelities. “I was pretending to myself that I wasn’t sexual in class.” Now he turns down yoga retreats where the students hang out with the instructors all day, the very setting that gave rise to his affair with Saidman aerial yoga hammock.